Yesterday we represented Microsoft and their Team Foundation Server in the Tools Challenge at the Software Quality Days 2014 conference in Vienna. The topic was Model Driven Development and Testing. The  great news: We won :-) In this article you can read more about what we have demonstrated during the challenge. 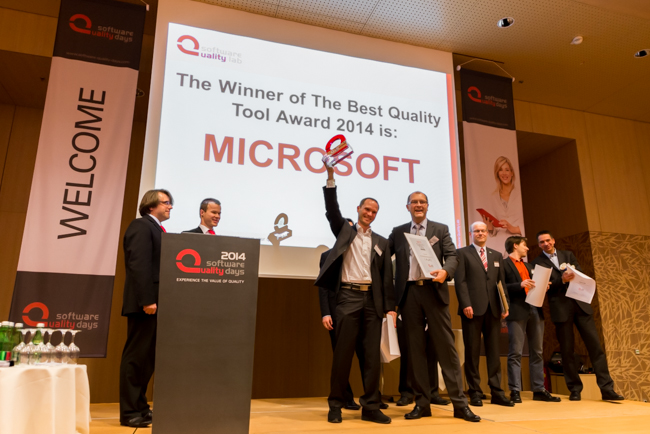 You can find more images from the Tools Challenge in my Flickr album.

The idea of the tools challenge is to bring multiple vendors of leading software quality tools on stage and let them present a solution for a specific software quality-related problem in front of the audience of the Software Quality Days conference. The vendors get the requirements for the presentation in the morning. They have the entire day to prepare a solution and a presentation. In the evening, every vendor has exactly seven minutes for the presentation - and this is a hard time limit with a loud bell ringing when the time is over. Afterwards a panel of domain specialists ask three questions and the presenter has exactly one minute for each answer.

After all presentations everyone in the audience has one vote for her favorite vendor. The vendor who gets the most votes is the winner of the Tools Challenge. Additionally, the jury is also electing a winner who gets the Jury Price of the conference.

In 2014 the topic was Model-driven Development and Testing. The participating vendors were:

It was explicitly allowed to use 3rd party extensions or tools from partners.

We are a close partner of Microsoft and heavy user of their Team Foundation Server product when developing our SaaS time tracking solution time cockpit. Therefore Microsoft asked us to do the Tools Challenge on their behalf. Last year we also represented Microsoft at the 2013 Tools Challenge and we managed to reach the second place. Polarion has been the winner in 2013. This year we succeeded and reached the first place of the Tools Challenge. We want to congratulate all vendors for their great presentations - especially imbus AG who won the Jury Price.

TFS does not contain a module for visually building a model from which you can generate tests. However, TFS is extremely flexible and a large ecosystem of partners create TFS extensions. On of these partners is the German company sepp.med gmbh.

For the Tools Challenge we integrated the MBTsuite from sepp.med with Team Foundation Server. It added visual modelling and automatic generation of tests to the feature set of TFS.

For the demo we used a model that everyone is familiar with: The turn indicator system of a car. The MBTSuite can use Microsoft Office Visio for visual modelling. The following gallery contains some screenshot of the visual model we showed in the contest presentation. 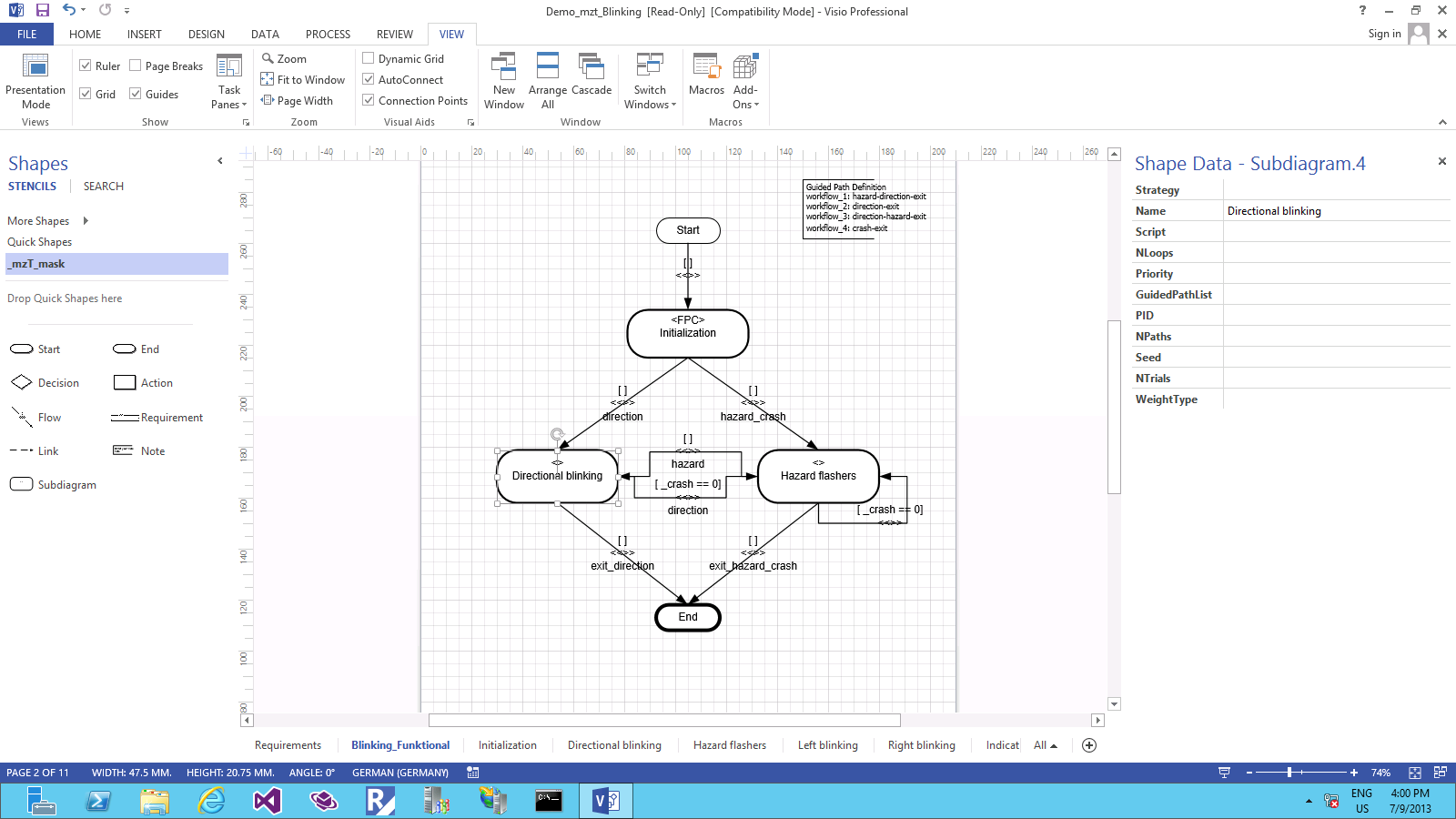 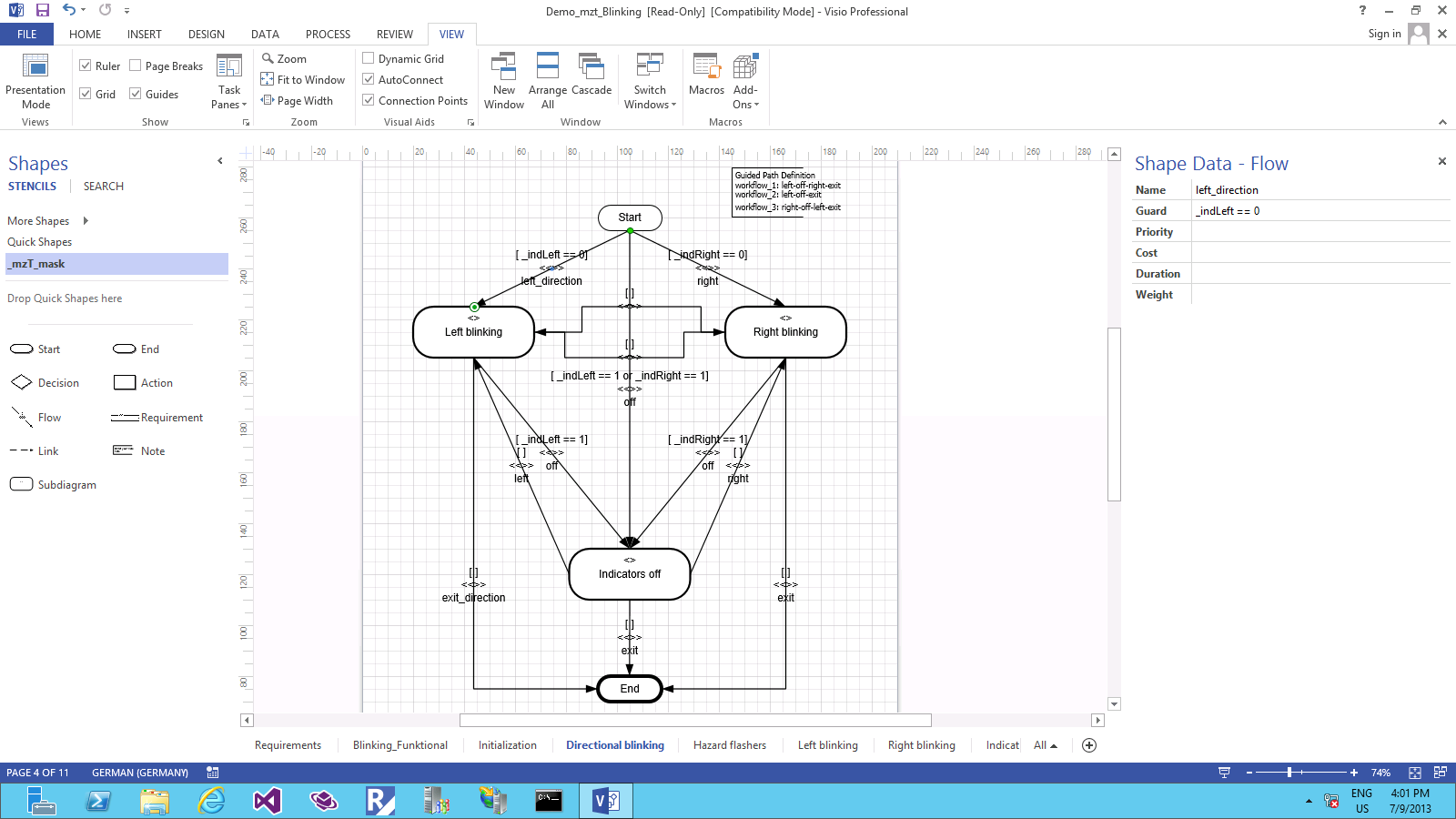 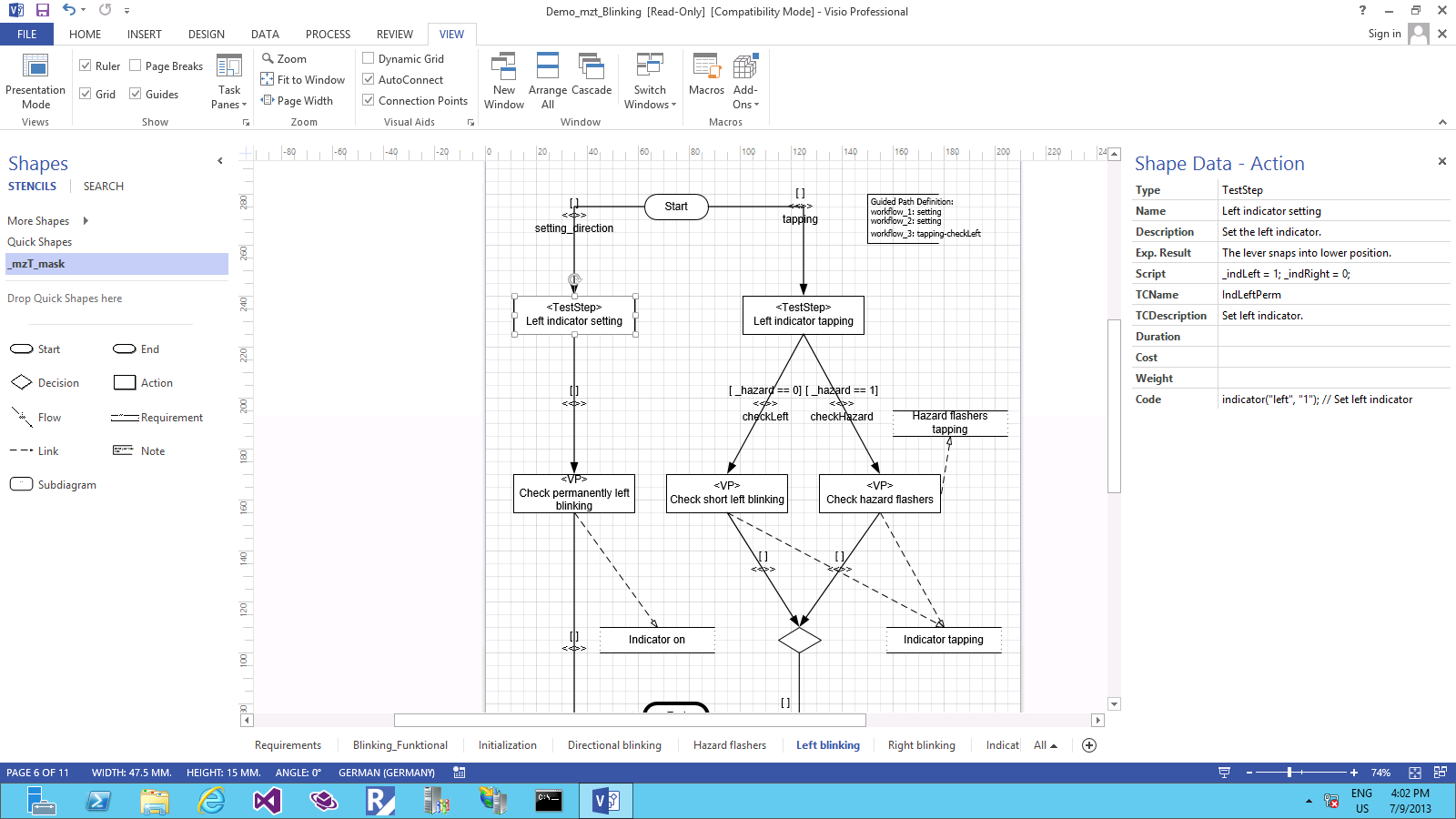 We imported the model from Visio into the MBTSuite. There we could choose from different strategies for test generation. During the tools challenge we only had seven minutes for the entire presentation. Therefore we prepared two guided paths through the model and generated two test scenarios for them. The following gallery contains some screenshots of the MBTSuite showing the imported model and the generation of tests. 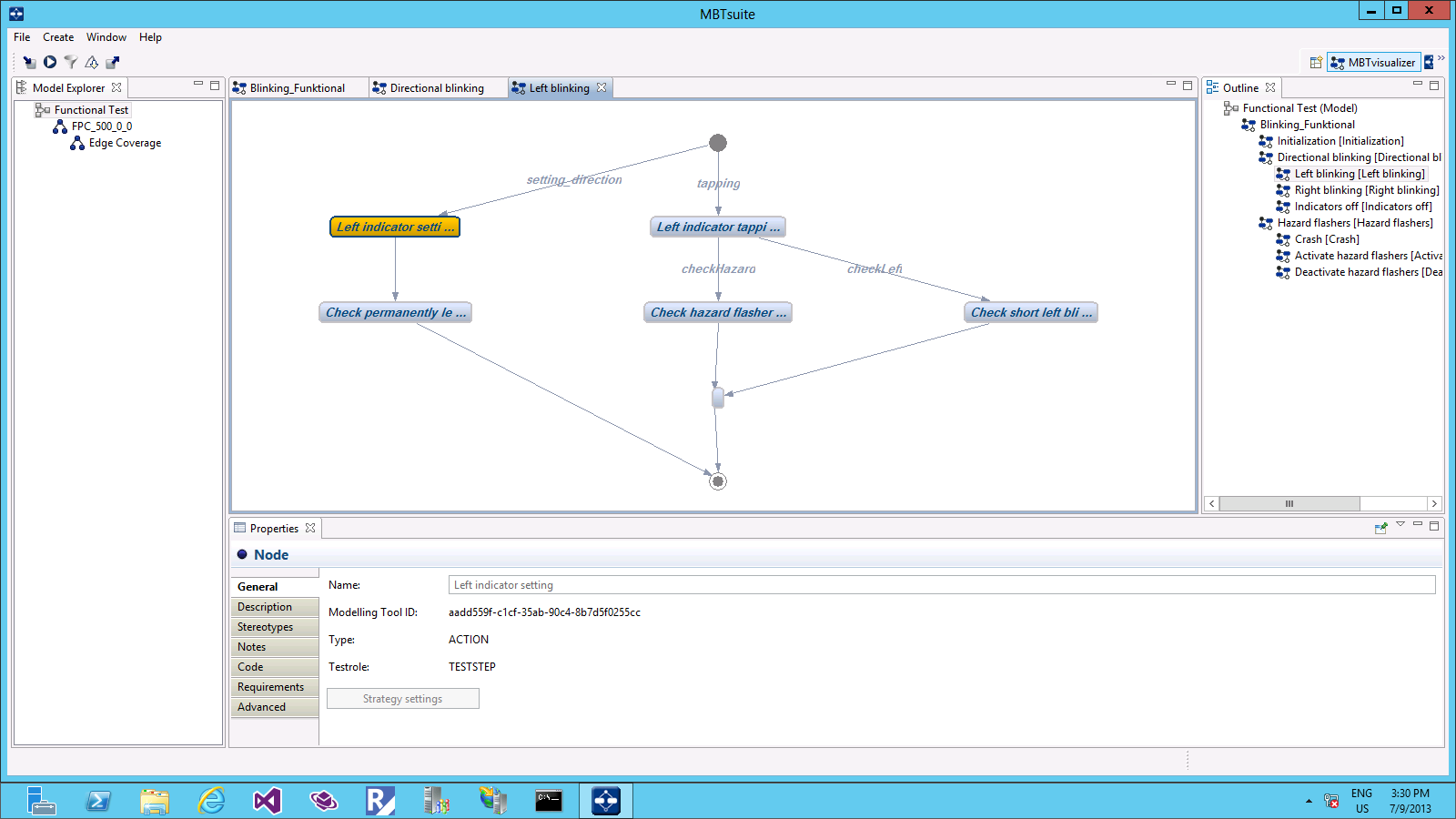 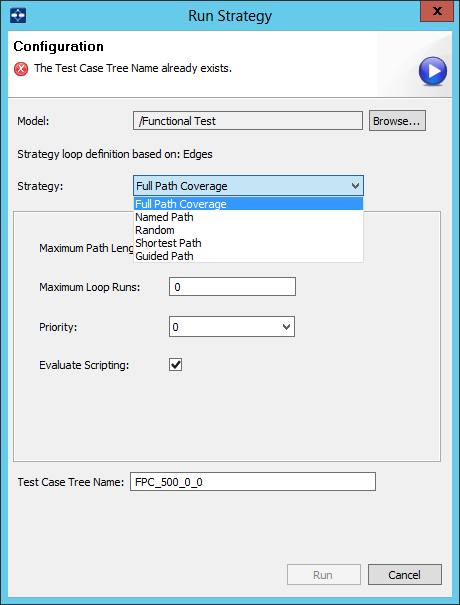 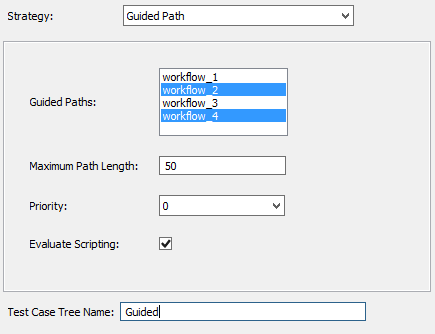 After we generated the tests based on our model, we had to export them to TFS. To show the power of the TFS integration, we started with an entirely empty project in TFS. The MBTSuite recognized that it had never exchanged data with the TFS project before and created User Stories (based on the requirements in the model) and Test Plans. The following gallery contains some screenshots showing the export process. 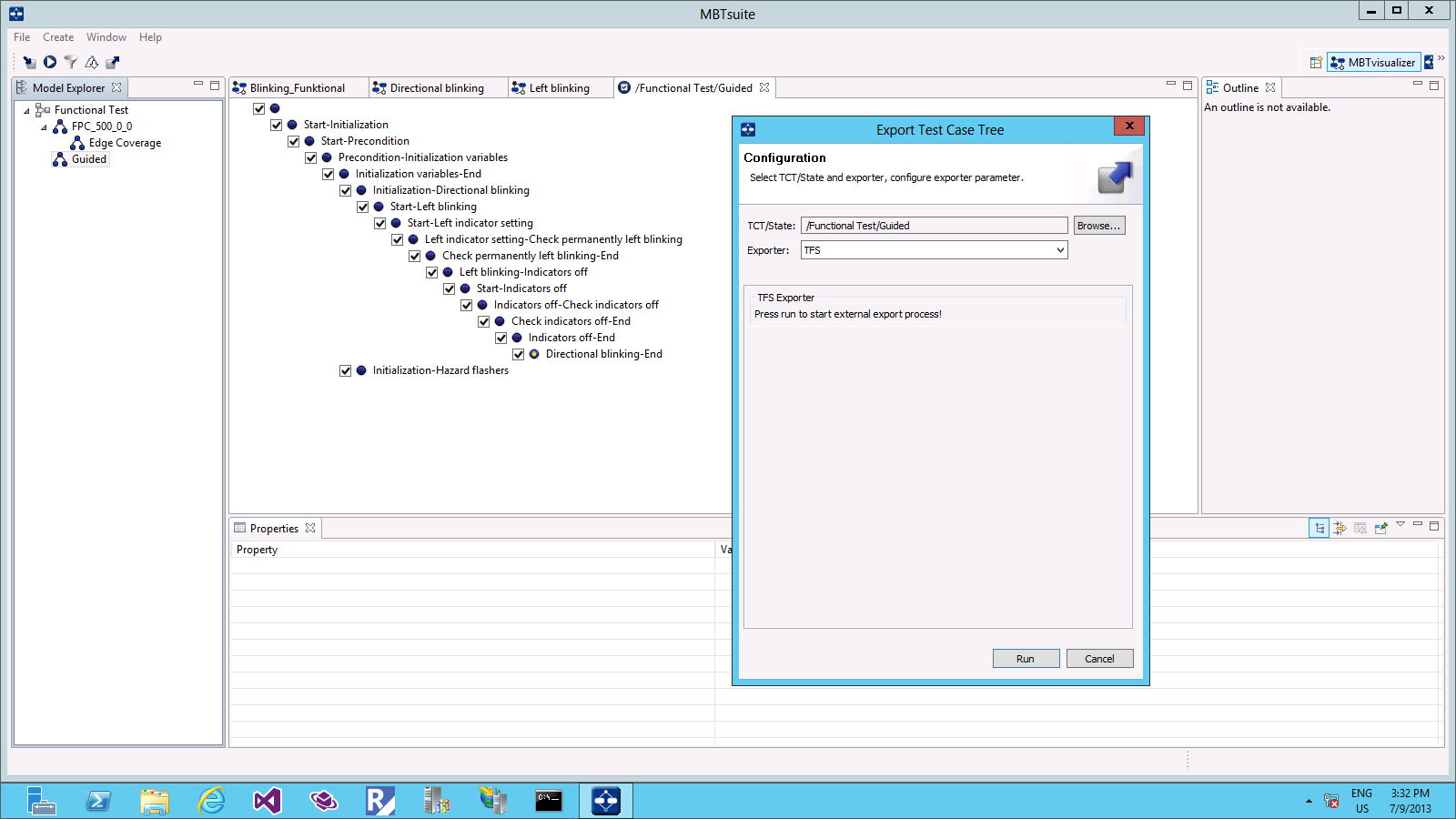 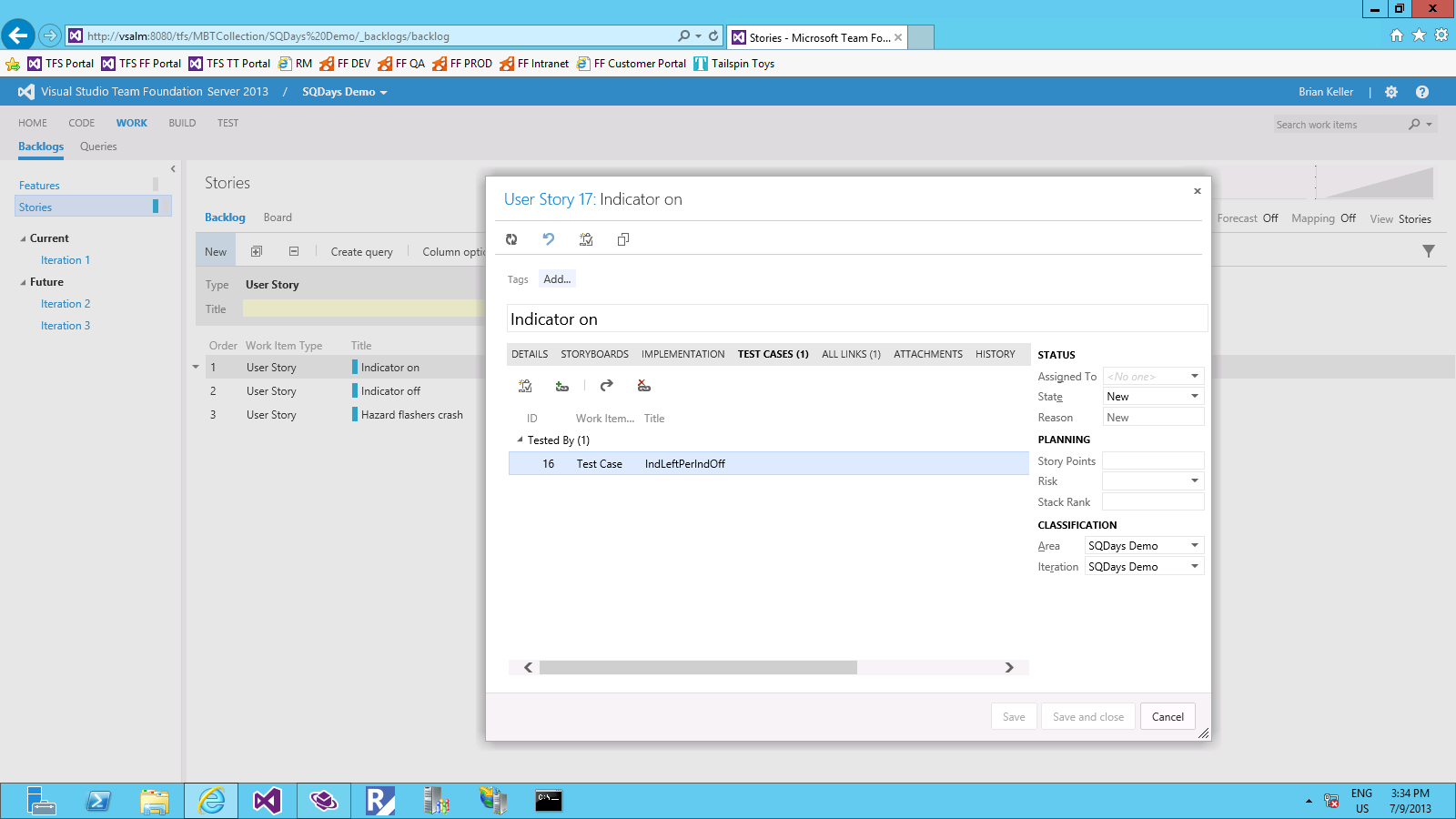 Last but not least we showed how to run the generated tests in TFS's Testing Center. As we did not have a real car on stage during our presentation, we wrote a "Blinking Simulator" containing an intentional bug. The following gallery contains some screenshots showing the test in TFS Testing Center. 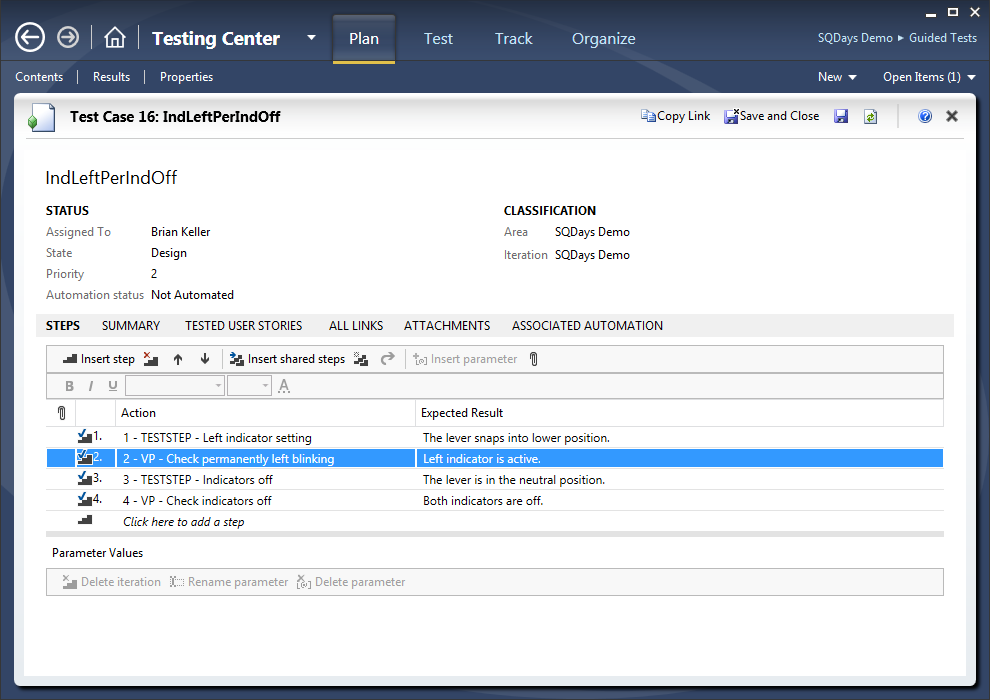 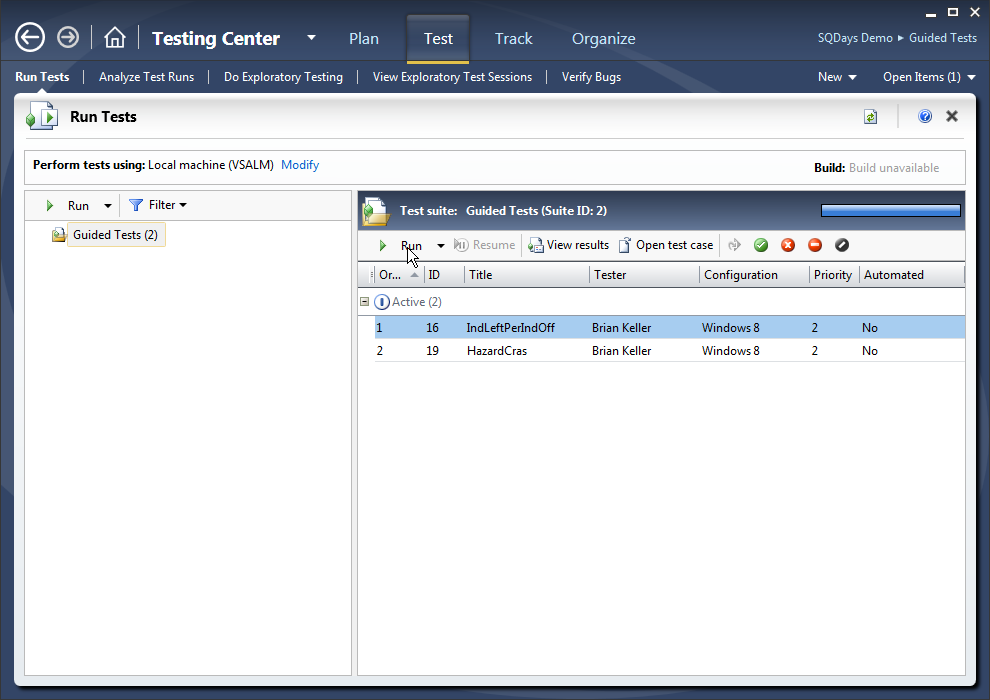 We are passionate programmers and therefore we could not resist showing a more code-driven aspect of model-driven development in the Tools Challenge, too.

First we introduced PEX and CodeDigger with a very simple procedure (click to enlarge):

In this simple scenario Code Digger comes up with three different tests. Two of them result in an error (click to enlarge):

Next we wanted to demo the power of PEX and Code Digger in a slightly more complex scenario. Here is the code we used (don't analyze the logic, it does not have any deeper meening):

Trying to come up with interesting test cases for the ValidateSupplier method would not be super easy. We let PEX do the math (click on image to enlarge):

You can not only run PEX through CodeDigger in Visual Studio. You can also use it as a stand-alone tool. You will get an HTML result showing things like code coverage, test cases (including code to copy into your automated unit test projects), etc. Here are some screenshots of the PEX report for our demo scenario:

Yesterday, I did a session at the .NET Stammtisch Linz. I spoke about latest Docker developments relevant for .NET developers. I focused on new features in Visual Studio and .NET base images available in the Docker Hub for .NET Core and .NET Framework 4.7. In this post I share a recording of my session. Take a look if you want to hear me speaking in my native Upper Austrian dialect ;-)